The Upper Highway Area is a region west of the city of Durban in KwaZulu-Natal, South Africa.

It includes the main suburbs of Kloof and Hillcrest, as well as the smaller areas of Assagay, Botha’s Hill, Forest Hills, Gillitts, Waterfall and Winston Park.

The M13 highway passes through the area as well as the Lower Highway Area of Pinetown and Westville.

Kloof is a leafy upper-class suburb and small town, that includes a smaller area called Everton, in the greater Durban area of eThekwini in KwaZulu-Natal, South Africa.

The word Kloof (cf. cleft) means ‘gorge’ in Afrikaans and the area is named after the deep ravine formed by the Molweni stream (stream of high cliffs). The Kloof Gorge is part of the 4.47-square-kilometre (1.73 sq mi) Krantzkloof Nature Reserve.

Kloof extends from the top of Field’s Hill and borders Winston Park, Gillitts, Forest Hills and Hillcrest. These suburbs are collectively known as the Upper Highway Area or the Outer West region of Durban.

The M13 highway (built in the 1940s) intersects Kloof and on 16 June this forms part of the route of the annual Comrades Marathon, an approximately 90-kilometre (56 mi) ultra-marathon run between Pietermaritzburg and Durban since 1924.

It is a predominantly English-speaking area. Kloof features several upmarket shopping centres and the Kloof Country Club, founded in 1927. It is known as a mist-belt with winding roads and tree-surrounded mansions.

Hillcrest was formerly a sleepy village, governed by its own Town Board on the outskirts of Durban that has now become a booming suburb incorporated into the eThekwini Metropolitan Municipality. Hill Crest (as the town’s name was variously spelt until 1969) was founded on a rise in the main road from Durban to Pietermaritzburg in 1895 as a farming or “weekend” village, then a good distance from what was the emerging port of Port Natal. The village was laid out as leasehold sites on a portion of the farm Albinia owned by William Gillitt, one of the main pioneer families of the area and after which the nearby suburb of Gillitts is named.

One of the other early families to set up in the area was the Acutts who had already established the well known in Durban estate agents firm of that name. In 1903 the first school in the village was established in a wood and iron cottage in Hospital Road leased to a Mrs McMillian, the principal of the first Highbury School, by Horace Acutt.

When the first Hillcrest Health Committee was established in 1943, the total all-race population was 1135 persons and only the Main Road was hardened. Nkutu Road was hardened with klinker in 1947 and this was followed in 1951 with the hardening of the first portion of Inanda Road. In 1962 blacktopping of selected roads in the central area began, followed by further roads in 1965. By 1971, when Town Board status was obtained, the total population had grown to 2799 persons.

The Hillcrest Waste Water Treatment Plant was finally established in the 1990s, then serving only the central commercial area of the village with phased extensions planned in time, with other areas continuing on septic tanks. 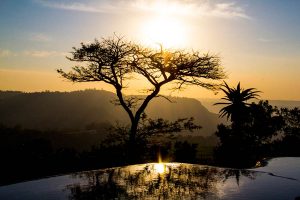 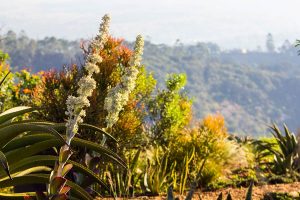 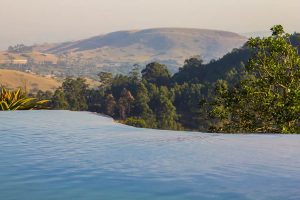